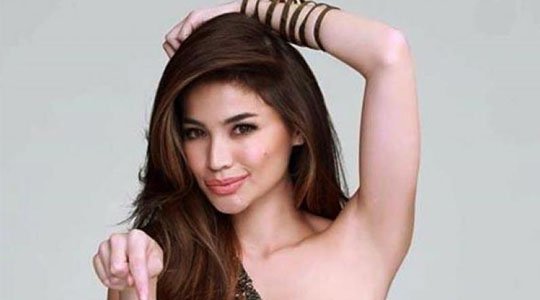 Unang-una, certified hit ang Sid & Aya: Not a Love Story, ang romantic-drama movie featuring Anne and Dingdong Dantes that was shown last May 30. Imagine, it was able to earn PhP160-M in terms of total box-office gross.

As of press time, lalong nadagdagan ang cinemas ng Aurora so as to accommodate the throng of people who are so eager to see the movie.

Naturally, Anne is oozing with happiness with the outcome that she’d like to thank each and every one who went out to see the movie.

In her Twitter account, she openly raved, “Best way to celebrate my 21st year in the industry! Amazing Filipino films with amazing Filipino di-rectors!”

“Elevated horror” is how the award-winning director Yam Laranas would like to call Aurora that was all the more made remarkable with Anne’s terrific acting skills.

Anyway, the Gabi Ng Parangal will be held on December 27, and will be held at The Theatre of Solaire Resort & Casino.

And the people who were able to watch Aurora where one in saying that Anne deserves to win the best actress award for the elevated kind of acting that she has shown in this movie.

AGAD namang ni­linaw ni Clint Bondad, that there was no malice when he and Catriona Gray

“Everyone can just calm down.”

May mga recent Instagram posts din daw siyang binura dahil “they were taken out of context.”

He didn’t make any further comments.

Anyhow, their supporters were able to have sighs of relief when the couple made it clear that all is well between them.

Some netizens also took pity on Clint for the kind of adjustments that he would make now that Catriona has her official duties as Miss Universe 2018.

Anyway, in his latest interviews, Clint is saddened with the limited communication berween him and Catriona.

He said that he is missing Catriona so very much but he understands the demands of her profession.

Sa mga chika namang his girlfriend now belongs to the universe, kinorek ito ni Clint by saying that Catriona belongs to no one but herself.

And with that, ito po ang Kuya Pete ninyo na nagsasabing, Christopher, my son, I love you very, very much, my love for you goes beyond eternity. Adios. Mabalos. I always need you, Nhong!