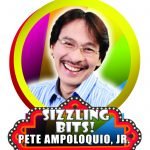 In October 2017, she wowed her followers with her well-toned bod and abs.

Outfitted in a ruffle trim top, her toned abs was very noticeable.

Last June 8, she posted another photo wearing the same outfit but with her entire physique more visible.

May mga nag-comment that she’s getting to be “too thin.”

Anyway, how can we tell if we are becoming too thin?

According to the current Dietary Guidelines for Americans, a Body Mass Index (BMI) below “18.5 falls outside the healthy range.”

BMI, according to the website of National Heart, Lung, and Blood Institute, “is a measure of body fat based on height and weight that applies to adult men and women.”

But no need to worry if you’ve always had a low body mass index and your weight doesn’t change.

At any rate, if you’ve always had a low body mass index and your weight doesn’t change, ‘di na kailangang mag-worry. 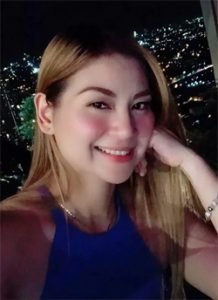 Gayunpaman, she refrained from mentioning the name of the said actress.

Apart from that, she’s also a member of the Cinema Evaluation Board of the Philippines.

Nang kumalat ang balita na nag-start sa isang blind item, Rina refused to comment about it and did not grant any interview.

But now, she is talking openly about it and in print at that: “To be betrayed by the person you love, and by a person you consider your friend & treated like a sister is one of the most heartbreaking feelings to wake up to everyday.

I cant even find the most appropriate word to describe it. You see, I was widowed at the age of 25, but I fell in love again, and thought I was living a fairy­tale because we have been truly happy together.

I thought that my husband’s death was the worst experience in my existence, but now I realized that betrayal is even more painful than death.

I write this today, to ENCOURAGE women, first of all. That despite any heartbreak that you might have had, or have at the moment, to have hope and believe in love, that it will come at the right time, and with the right person.

You deserve respect and love. Always.

And if this is not given to you, you have the power to give it to yourself.

For every trial that comes your way, you can always stand up like I did. You may fall, men can crush you, your friends or your career may betray you, but you can always, always, stand up.

I want to get out of this, not jaded about love, but hopeful, that God allowed this unfortunate and undeserved pain to happen to me, because He is preparing me for something greater.

God will never fail to bring out the truth and take care of us. That is for sure.

As for the people who have hurt me, I want you to know that you might have broken my heart, but you have not crushed my spirit.

So thank you, because in truth, what you have done to me, might have just saved me, without you knowing it.”

And with that, ito po ang Kuya Pete ninyo na nagsasabing, Christopher, my son, I love you very, very much, my love for you goes beyond eternity.