Last October 14, 2022, Alike Media in partnership with Sta. Lucia Land Inc., welcomed 27 teams in a 4-man scramble golf tournament. The 108 players were welcomed with bonbons by master patisserie Kevin Ong and a name-stitched tote bag filled with golf-round essentials. Overall Champion Ronin Leviste shares, “It surely didn’t seem like an inaugural tournament because of how well-planned everything was.” As participants arrived, the 14-man team of Metrophoto deployed to capture the players’ first “shot” of the day amidst the giant “a-l-i-k-e” photo-op wall.

After the ceremonial tee off by Archie Chiang, Justin Pe, Miguel Tan, Brian Poe Llamanzares, Raphael Tolentino and Marvin Mendoza – the 9 AM siren signals the shotgun start and the players were off in their snack-filled carts. “It was the first tournament I’ve played in where my cart was loaded with V-cut and Piattos!”, says the former Ateneo Golf team Captain and AlikeCup’s Overall Champion member, Quito Diaz. Dominating the 18 holes of The Orchard Golf & Country Club’s Arnold Palmer Course proved challenging to some, but fairly easy to most as 95% of the teams finished under par, with a handful bagging a rare eagle.

It was clockwork synchrony from start to finish, every team guided by well-instructed stationed marshals at every step. “It was one of the best tournaments I’ve participated in because of how well it was organized and delivered,” says Overall Champion member, Vince Ngo. It is “well-planned, orderly [and] fun,” his teammate Quito also shares.

The seamlessness of the event is attributed to Alike’s meticulous attention to detail. Orchard’s Golf Director Mae Maraan recalls the aftermath of her initial meetings with the Alike team saying “they’re very detailed, they know exactly what they want.”

At exactly 3 PM the Grand Ballroom opened its doors for the program proper. Players and guests are seated to enjoy the live band, bountiful food & drinks, raffle prizes and of course – the awarding ceremonies. All trophies were made by select artists commissioned to interpret the intertwined AlikeCup themes of “golf, competition and excellence.”

The Runners-up went home with a Jojo Ramirez resin, wood and wire golfman trophy while the champions bagged a Ram Mallari steampunk-style A-trophy symbolic of industry success, discipline and grit.

However, the highlight of the night was Toym Imao’s ‘Bring Your A-Game’ 14.5 x 4.1 inch welded steel art piece for AlikeCup’s 2022 Overall Champions. The son of the late national artist Abdulmari Imao wrote “the colors of the trophy are inspired by the greens and blues of the golf course. The shape by the upward curves of a golfer’s swing forming the letter ‘A’.” While the origami birds, often seen in Toym’s artworks, representative in the case – of avian golfing forms. And perhaps being the deserving recipient of this is something we can only gloriously imagine. As overall Champion member Ronin recalls, “I don’t think I’ve seen a trophy as prestigious as this literal work of art. It feels like we won a piece of history!”

But perhaps what truly separates the AlikeCup is the crowd. As Chief Marketing Officer Brian Poe Llamanzares puts it, “every golf tournament celebrates something different. The AlikeCup celebrated a community of young dynamic and successful individuals. It was organized, fun and well-attended – the highlight of the year for many young golfers.” Or as how Overall Champion member Darren Flores terms it a “millennial tournament,” that brought a very ‘chill’ and ‘good vibes’ energy without diminishing the challenge and excitement of sporting competition. True

enough it was a dominantly young crowd with 93% of the participants aged 21-38, with 7% seasoned honorables.
Whether or not the inaugural AlikeCup was purposely made for the younger generation remains a mystery, Alike founder & CEO best friend duo – Chari Trinidad-Mendoza and Rose Tolentino have only this to share – “it gets better every year.”

We can bet the AlikeCup Invitational Tournament is something to anticipate yearly. Not only did it score a par, but perhaps even a hole-in-one – for its debut.

“The AlikeCup not only lived up to the hype, but in many ways exceeded it,” says Overall Champion member, Vice Mayor Ronin Leviste. 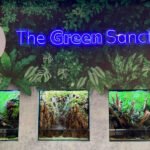 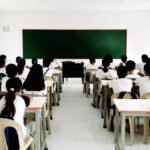 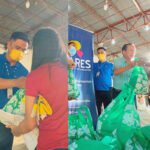